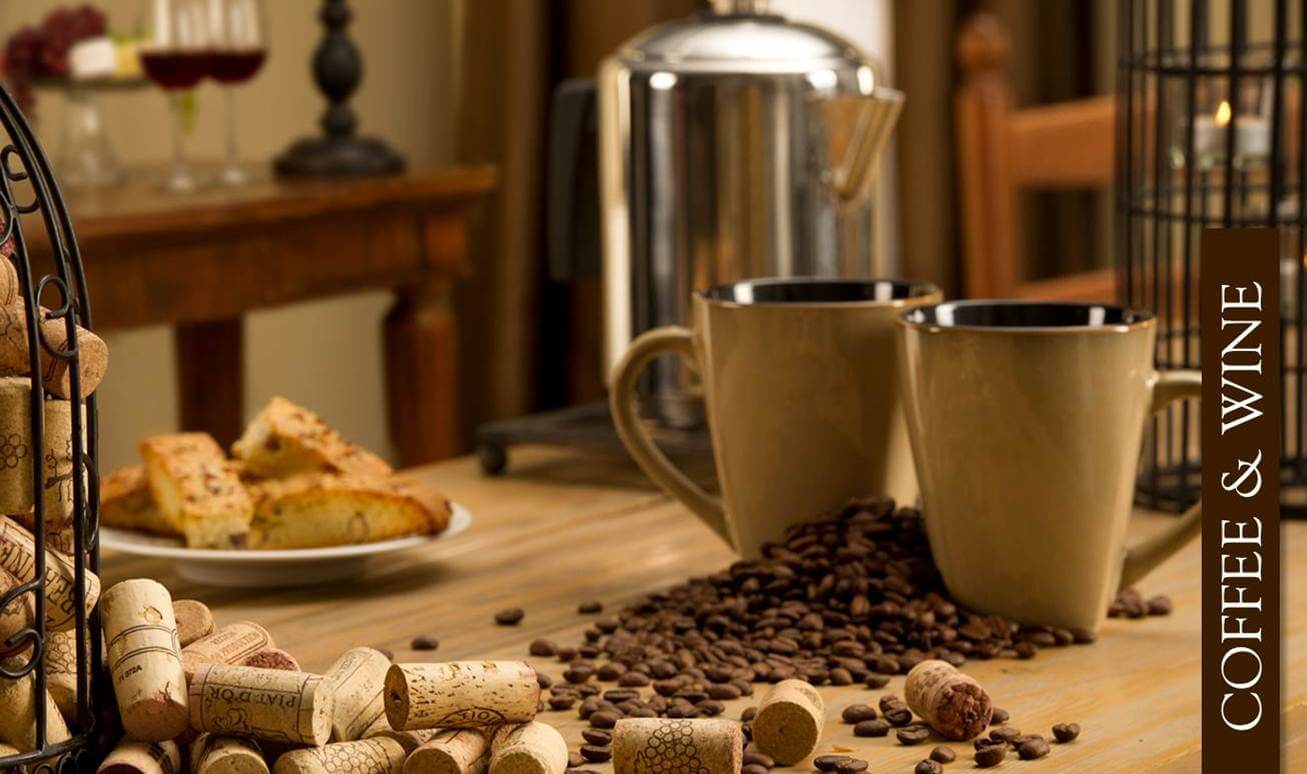 If you keep up with news in the health industry, you will quickly discover all the advantages offered by wine and coffee. With 61 percent of people in American drinking coffee daily and 31 percent enjoying a glass of wine, it is likely pretty exciting to learn about all the benefits offered by these former vises. However, you may still wonder – exactly how good are the drinks for your overall health?

There is some research that proves that wine and coffee, when drank in moderation, may have a number of similar advantages, such as increasing a person’s life span, boost blood flow and diminish the risk of suffering from depression. Red wine and coffee have also been found to contain a number of antioxidants, which can help to prevent certain diseases.

However, the beverages aren’t just a bunch of antioxidants – which is why people enjoy them much more than the typical “green” smoothie. Some interesting information about coffee and wine and how it impacts your overall health can be found here.

The Impact of Drinking Wine

Those who drank any variety of alcohol – spirits, beer, white or red wine – were between 30 and 35 percent less likely to experience a heart attack than those who didn’t drink. This fact was proven by a study by Harvard University researchers that followed over 38,000 men for a period of 12 years. Additional studies have shown similar effects in women.

The Impact of Drinking Coffee

Another study has shown that caffeinated coffee can work to prevent cases of Alzheimer’s disease, which is attributed to the caffeine working with a different compound in coffee that increases brain health. If a person only drinks decaffeinated coffee, then they will only reap a few of the benefits. There are some studies that have also linked both decaffeinated and caffeinated coffee with a reduced chance of type 2 diabetes.

If you are going to learn about all the benefits offered by drinking coffee and wine, it is also important to realize that there may be a few downsides, as well.

For example, if you suffer from acid reflux, decaf and regular coffee can aggravate this condition. Caffeinated drinks can also aggravate symptoms of insomnia, anxiety disorders and a number of other conditions, especially for women, who are usually smaller than men. And drinking on the job, whether it’s at home or elsewhere, is definitely not advised. (And for some in Tampa, it’s common practice.)

Excessive amounts of red wine can result in weight gain. In fact, a single five-ounce glass has approximately 127 calories. Drinking alcohol can also be quite dehydrating, which is the primary cause of hangovers. However, despite contrary belief, drinking coffee in moderation is not considered to be dehydrating.

In the long run, drinking the total amount of caffeine that is found in two to three, eight-ounce cups of coffee each day has also been shown to increase bone loss, which can lead to cases of osteoporosis in women after menopause. There are several types of cancer that are also more prevalent in people who drink any type of alcohol.

How Much Should You Drink?

This is often determined by the individual. Research has shown that the health benefits offered by wine and coffee differ quite a bit based on how quickly the body’s genes tell the body to metabolize the drinks.

Some data has suggested that most healthy adults can easily consume caffeine, up to 400 milligrams, each day, which is the amount that is found in two to four cups of coffee.

Pregnant women should never consume alcohol. If someone is at a high risk for cancer, they should discuss the intake of alcohol with their doctor. For those who are healthy, the American Cancer Society recommends that they don’t have more than a single drink a day for women and only two for men, which is considered a five ounce glass.
Taking some time to learn about the effects of alcohol and caffeine on the body can help a person see the benefits that it potentially has to offer. However, knowing the possible negative effects of these drinks is also important. Being informed and educated is the best way to determine if these are drinks you would like to consume.

View all posts by Madison Hansen →